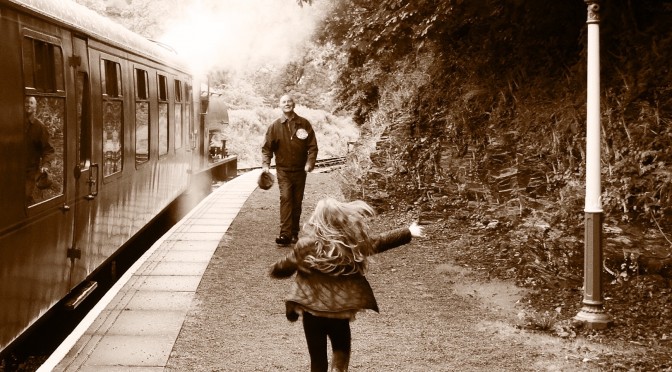 There is a long history of rail travel in this part of Wales – On 25 March 1807, the first railway passengers in the world traveled on a railroad carriage converted to carry people and drawn by a horse between Swansea and Mumbles.  We still have steam trains running in the local area on preserved railways.  Two are within 25 minutes drive – the Gwilli Railway on the way to Carmarthen and the Teifi Valley Railway, upstream from Newcastle Emlyn.  A third, the Reidol Railway, starts at Aberystwyth.

The Gwili railway even allows you to drive a steam train yourself on certain days:

http://www.gwili-railway.co.uk/ Gwili railway – a restored standard gauge steam railway running through a beautiful valley near Carmarthen.  A round trip takes about an hour but you can travel all day on one ticket.  There are plans to extend its current route all the way to Carmarthen and up to Pumpsaint, following the Gwilli river.

http://www.teifivalleyrailway.wales/ – Narrow Gauge Steam Railway – The journey runs through woodland and then on to a steep shelf above the beautiful River Teifi.  They also have a woodland walk and crazy golf.

http://www.rheidolrailway.co.uk/ – The Reidol Railway – a powerful narrow gauge steam locomotive working hard to climb 700ft (200m) in the 11 ¾ miles from Aberystwyth to Devil’s Bridge.  This was the last steam railway owned by British Rail until it was privatised in 1989.  The journey takes around an hour each way with time to sight see at Devil’s Bridge.

British Rail also provide a stunning journey from Carmarthen to Swansea.  Sit on the right hand side of the carriage for fine views of the shore and Llansteffan castle as the train travels beside the sea through Llanelli and Burryport.  Then, from Swansea, you can take the beautiful Heart of Wales line through stunning countryside and across breathtaking viaducts – follow this link for a short tour:  http://www.heart-of-wales.co.uk/tour.htm 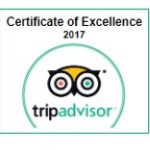